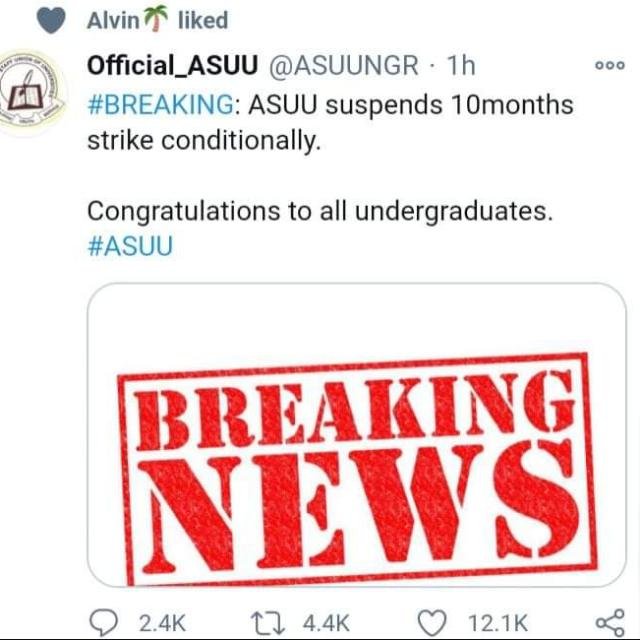 After series of unfortunate events of strike actions that took off undergraduate student away from school the Academic Union of Universities ASUU has eventually call the the strike that lasted for about 10 month since March 2020 till December 24 when eventually called of as expected by every student and the general public. Every student must be happy with this new development.

In a tweet, they had meetings on 23rd which yeilded a fruitful result. And was eventually annouced that strike has been called off. 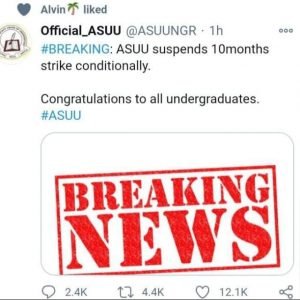 We say a very big congratulations to all undergraduate as a get back to school in no time. Merry Christmas and Happy New year.