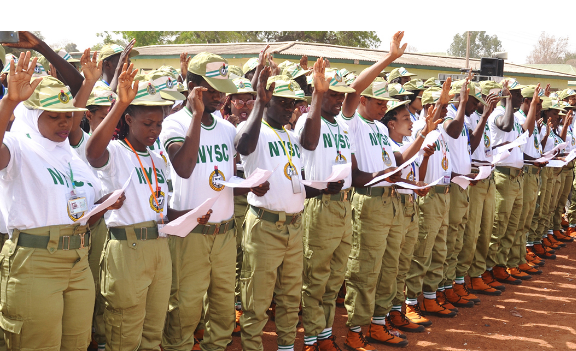 National Youth Service Corp enables different persons to come together to share more knowledge, speak and as well learn new languages and skills. Most undergraduate may not know theses Corp Members Acronyms but it is very much advice-able for all corp members to get to know the major NYSC Abbreviations during the service year. It is therefore cool every Corp Members adher to the directives giding both the camp as well as the work experiences.

READ THIS;  How to Check NYSC Senate List and Registration Requirements

The following are some Corp Members Acronyms that are used that one may want to know that full meaning as well as when and how they are used;

This simply means Place of Primary Assignment. It is often use when various corp members are posted to their work place for different assignments. It is usually after there three (3) weeks camp experiences.

It is the duty of every Corp members to go to their Place of Primary Assignment and ensure that work and learn one or two skills in where they were posted. Some may be posted to teach in secondary school or even primary schools while some will be posted to a company or even a government parasitical.

This is another acronym that means Community Development Service. This has to do with development of the community through various skill that will benefit all Corp Members. It could be in form of entertainment, information, enlightenment or edutainment for instance, the parade and the camp fire and other various camp experiences.

This is done in order to spur the Corp Members to new ideas during the three weeks camp stay and ther work experience. Some persons may decide to join in the CDS while some will decide to take a leave. The CDS is usually once in a week which may be either Wednesday or Thursday as the case may be.

This simply means Passing Out Parade is usually done at the end of all activities during service to Father land. It shows that the Corp members are ending there services in their various location after 1 a year. After the whole one year the certificate of completion will be signed and handed over to the Corp Member.

We believe you found this update on the Major Acronyms used by Corp Members during One Year Service helpful. Do well to make good use of the rate platform to rate the post and ensure you subscribe to get alert for more update.