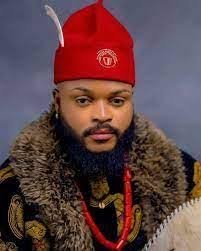 White Money is the Winner of Big naija Shine your eyes season 6. His real name is Hazel Oyeye Onou, Born on the 6th of July, 1992, and he is currently 29 years old. He hails from Enugu State. White Money spent most of his childhood in Enugu before relocating to Lagos to hustle.

He sold food for a living while he was young.
White Money is one of three children – all boys. The BBNaija housemate has revealed he has two brothers and no sister.

White Money also disclosed that he does not have a university degree, unlike his two brothers who are all very well educated.

According to him, stopped his education at NECO level but he intends to marry a very educated woman and also make sure that his kids get enough education.

He is all-round hustler. He is an entrepreneur who has ventured into numerous areas of business, including barbing, sale of hair products and retouching, shoe sales, jewelry, photography, transportation, comedy, singing, etc.