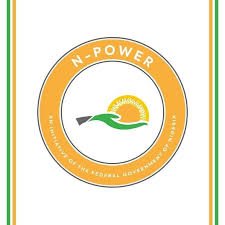 MummyLizzysBlog reports that in a post on the social media platform titled “DISCLAIMER“, the National Social Investment Management System (NASIMS) said: “Our attention has been drawn to vicious and acrimonious posts that already gained wide circulation in the social domain asserting to have emanated from Nasims/Npower officials, and we stand to debunk such ferocious steps possibly from unscrupulous elements aimed at creating unnecessary tension.

MummyLizzysblog.com.ng reports that the Federal Government on Monday inaugurated the NEXIT/CBN agri-business small and medium enterprises investment scheme for exited N-Power beneficiaries in batches A and B.
Minister of Humanitarian Affairs, Disaster Management and Social Development Sadiya Farouq, who inaugurated the scheme in Abuja, stated that out of the 467,183 trainees who indicated interest, 75,600 would participate in the first phase of the orientation programmes.

MummyLizzysBlog reports that the Management of the Npower Nexit has confirmed that the Federal Government will Flag Off the Proposed CBN Nexit Business Loan Training Next Week.

Mummy Lizzy’s Blog recall that Npower discussion group earlier shared an update stating that the Nexit training will commence on the 14th of March 2022.

In view of the above, Npower team also advised beneficiaries that the Nexit training email invitation that is been sent out is from them and should be taken seriously.