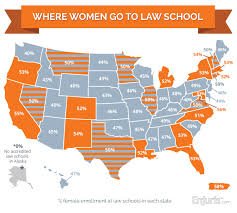 This is made available for all Applicant who may wish to study law in European countries. You could study and be an European Lawyer and the cost for each of the law schools.

· University of Nicosia: CYPRUS
The University of Nicosia was founded in 1980, and its main campus is located in Nicosia, the capital of Cyprus. He also manages campuses in Athens, Bucharest and New York The Law School is known for being the first to be awarded the first legal degrees in Cyprus, which were officially recognized academically by the Republic and professionally recognized by the Cyprus Legal Council. The law school now offers a number of innovative courses and legal programs that are recognized by the Cyprus Law Council for practice in the legal profession.

· Utrecht University: NETHERLANDS
UU, as it is also called, is a public research university in Utrecht, the Netherlands. Founded on March 26, 1636, it is one of the oldest universities in the Netherlands. The University of Utrecht offers inspiring education and leading international quality research.
The Law School prepares students as highly qualified, internationally oriented lawyers on the basis of modern didactic principles. Utrecht University School of Law conducts exclusive research in all important areas of law, such as private law, criminal law, constitutional and administrative law, and international law. They work intensively with foreign partners, especially in the field of European and comparative law.

· Catholic University of Portugal
The University of Portugal, also known as Católica or UCP, is a concordat university (private university with concordat status) headquartered in Lisbon and has four campuses in the following locations: Lisbon, Braga Porto and Viseu. The Católica Global Law School is a first-class project with a vision to offer conditions for teaching and research at an innovative level in global law at the prestigious Continental Law School. This gives a master’s degree in law.

· Kyiv University – Russia
Kyiv University has existed since the XIX century. In 1834 he opened his doors to the first 35 legal scholars. For the first time, subjects from the encyclopedia of law, basic laws and decrees of the Russian Empire, civil and state law, commercial law, factory law, criminal law and many others were taught at the law faculty of his university.
Today it has 17 departments and offers bachelor’s, master’s, doctoral and specialization courses. The Faculty of Law of Kyiv University is considered to be the best law faculty in Ukraine. The Faculty of Law offers three bachelors. Lawyer’s Diploma: LL.B. Jurisprudence is taught in Ukrainian; LL.B. in the specialty “Law” for the level of junior specialist with teaching in Ukrainian; an.B. Faculty of Law taught in Russian.

· Central European University, Hungary
It is a private research university accredited in Hungary, with campuses in Vienna and Budapest. This university was founded in 1991 and consists of 13 academic departments and 17 research centers. The Department of Legal Research provides first-class advanced legal education and education in human rights, comparative constitutional law and international business law. Its programs are among the best in Europe, helping students gain a solid foundation in fundamental legal concepts, civil law and common law systems, as well as developing special skills in benchmarking.

· University of Vienna, Austria
It is a state research university located in Vienna, Austria. It was founded IV in 1365 and is the oldest university in the German-speaking world. The Faculty of Law of the University of Vienna is the oldest and largest law faculty in the German-speaking world. The study of law at the University of Vienna is divided into three sections: an introductory section (which, in addition to introductory lectures on important legal and dogmatic subjects, also contains subjects of legal history and basic principles of philosophy of law), a judicial section. Law), as well as the section of political science.

Thanks for staying in touch with us.