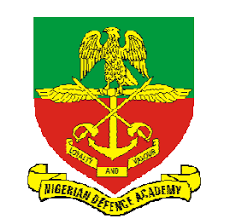 This is to notify all that wrote NDA Screening Exam and met the cut off mark. This is to inform the candidates NDA Admission List is now made available for all that sat for the exam and screening exam. Ensure you note the requirements and qualifications before you check if you are among the NDA Shortlisted Candidate.

Also, it is important you check NDA Admission List in the JAMB providential list. Meanwhile, follow this update in this article more more details as well as list of required documents to report to NDA venue.

The candidates whose names appear below were successful at the Armed Forces Selection Board Interview held from 11 June – 23 July 2022. The candidates have been offered admission into the Nigerian Defence Academy (NDA) for the 74th Regular Course.

They are to report for training at the NDA Ribadu Campus (old site), Kaduna on Saturday, 13 August 2022. Any candidate that does not report by Monday, 15 August 2022, would forfeit his or her place to the candidate in the Reserve list.

Selected candidates will be received on arrival at the Reception Centre located at the Centre of Excellence Building, NDA Ribadu Campus.

Follow the link below in case your device can’t display the document above (Note: You will, however, need a device that is capable of opening PDF files to access the list).

Any candidate who fails to present originals of the stated documents will not be accepted into the Academy. In addition, successful candidates are to come along with the following items:

Female candidates should come along with the following items in addition: