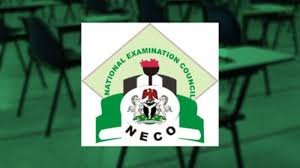 NECO CRS Questions $ Answers  is all you need in any act related course it is important you pass it. Read this before going into the examination. Also note you need to write in your own word not exactly how it written so it won’t be a copied work. Check out the NECO CRK/CRS Questions & Answers which comprises of different sections below; 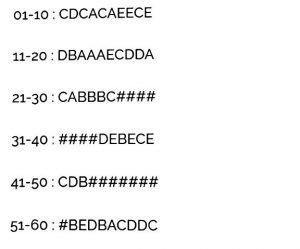 (1a)
Nathan had finished rebuking David for sleeping with Bathsheba, Uriah’s wife. God was displeased with David’s conduct. Nathan prophesied that the child born to David through his sin with Bathsheba would surely die. As soon as Nathan left David’s house, the child was struck with sickness. David fasted and prayed to God that the child might be saved. He laid on the floor all night. The older servants of the house tried to cheer him up but he refused to wake up. He did not eat either. He was inconsolable. After seven days, the child died. The servants did not know how to tell David because they perceived that if they told him, he might hurt himself seeing that even while the child was alive nobody could console him. David noticed that his servants were whispering among themselves so he perceived that the child was dead. He asked whether the child was dead and they said “yes”. David stood up from the floor. He took his bath and anointed himself. He put on a new dress. He now went into the house of the Lord and worshiped. After that, he went home and when he asked for food, it was placed before him and he ate. His servants could not understand David. They told him that while the child was sick he fasted and prayed but now that the child was dead, he had risen up and eaten food. David replied that while the child was alive, he thought he could pray to the Lord so that the Lord might save his life but now that the child is dead, there is no need to fast and pray again. Now that the child is dead, he could not bring him back to life. According to David, he could go to the baby one day but the baby could come to where he was. David consoled Bathsheba for the lost of the child. He slept with her again and she bore a child whom he called Solomon and the Lord loved this child. God sent Nathan to David, and the boy was specially named Jedidiah because the Lord loved the child.
(1b)
(i)God reserves the right to give and to take anything from us when he wills.

(ii)All human beings should submit themselves to the will of God.

(iii)In whatever situation we find ourselves, we should be grateful or thankful to God and give him praise.
°°°°°°°°°°°°°°°°°°°°°°°°°°°°°°°°°°°
(4a)
Jesus is interrogated by a council of the leading Jewish religious officials. After appearing before the Roman Governor and the Roman-appointed ruler of Galilee, Jesus is handed off to be executed. In other words When Pilate heard this, he asked whether the man was a Galilean. And when he learned that he was under Herod’s jurisdiction, he sent him off to Herod, who was himself in Jerusalem at that time. When Herod saw Jesus, he was very glad, for he had been wanting to see him for a long time, because he had heard about him and was hoping to see him perform some sign. He questioned him at some length, but Jesus gave him no answer. The chief priests and the scribes stood by, vehemently accusing him. Even Herod with his soldiers treated him with contempt and mocked him; then he put an elegant robe on him, and sent him back to Pilate. That same day Herod and Pilate became friends with each other; before this they had been enemies. Neither has Herod, for he sent him back to us. Indeed, he has done nothing to deserve death. Then they all shouted out together, ‘Away with this fellow! Release Barabbas for us!’ (This was a man who had been put in prison for an insurrection that had taken place in the city, and for murder.) Pilate, wanting to release Jesus, addressed them again; but they kept shouting, ‘Crucify, crucify him!’ A third time he said to them, ‘Why, what evil has he done? I have found in him no ground for the sentence of death; I will therefore have him flogged and then release him.’ But they kept urgently demanding with loud shouts that he should be crucified; and their voices prevailed. So Pilate gave his verdict that their demand should be granted. He released the man they asked for, the one who had been put in prison for insurrection and murder, and he handed Jesus over as they wished.

(4b)
(i)​Jesus is the messiah/son of God. And They should set a good example to others.

(ii)They should not misuse their power/authority. And They should not accuse others falsely.
(iii)Jesus was innocent hence should be righteous like him. And They should always stand for the truth/be just. In other words they should investigate accusations to confirm the truth before passing any judgment on others.
°°°°°°°°°°°°°°°°°°°°°°°°°°°
(9a)
In Paul’s teaching, he said that since no man could claim perfection, he could not be justified by acts of the law, but only by faith in Jesus Christ. Abraham was righteous not by the law, but by act of his faith in God’s promise. Those who believe in salvation through obedience to the law have no claim to faith. Those who believe in God’s promise through faith as Abraham did are heirs of God’s kingdom. Law brings punishment because it leads to the knowledge of sin and transgression. Faith is based on grace, love and peace. Though Abraham was 100 years and his wife m promise of a child. And God gave unto them Isaac. In other words Abraham was justified by works, he had something to boast about but not before God. What does Scripture say? “Abraham believed God, and it was credited to him as righteousness. Against all hope, Abraham in hope believed and so became the father of many nations, just as it had been said to him, “So shall your offspring be.” Without weakening in his faith, He was delivered over to death for our sins and was raised to life for our justification.

(9b)
(i) Faith assures Christians of eternal salvation.

(v)The women were Mary Magdalene, Mary the mother of James and Salome. Luke added Joana, the wife of Chuza.
(vi)The women then saw the vision of the angel who gave them information regarding the resurrection of Christ.

(5aii)
JOSEPH OF ARIMATHEA:
(i) When it was evening, there came a rich man from Arimathea, (named Joseph), who was a disciple of Jesus.
(ii) He was a respected and upright member of the Jewish Council (Sanhedrin) and was looking for the kingdom of God.
(iii) At the trial of Jesus, he was said to be opposed to the action of the Sanhedrin in condemning Jesus.
(iv) After the crucifixion, he went to Pilate in the evening and asked for the body of Jesus.
(v) He took the body, wrapped it in a clean shroud, and laid it in his new tomb which he had hewn in the rock.
(vi) He rolled a great stone to the door of the tomb and departed.

(5aiii)
THE HIGH PRIEST:
(i)The High Priest presented the sin offering for the nation as occasion required. It speaks of the Lord Jesus presenting Himself as a sin offering for the sins of His people.
(ii)The High Priest performed the atoning sacrifice and burnt offering on the great Day of Atonement once a year, entering the Holy of Holies with the blood from the sacrifice
(iii)The High Priest also play a role by letting them to know that Christ gave Himself as that whole burnt offering to atone for His people on the Cross; the fulfillment of the great Day of Atonement.
(iv)The High Priest used the Urim and the Thummim to inform the people of the will of the Lord in matters concerning their nation.
(v)The High Priest was an important civil ruler as well as a spiritual head for the nation. This testifies of the Lord Jesus, Who is King of His church to govern and protect them as well as Priest to intercede and atone for them.
(vi)The High Priest supervised the rest of the criminal name barabbas and the entire tabernacle or temple worship. So, also, Christ; as the Great High Priest, walks in the midst of the Golden Can­dlesticks.

NECO 2020 past Questions and Answers

You can use this as revision for this may be likely questions that may be asked.

Do well to make good use of the comments box below to ask questions as required about NECO.

Now rate this update and subscribe to our YouTube Channel. Mummylizzysblog.com.ng is here to serve you well. Therefore do well to stay in touch for update.