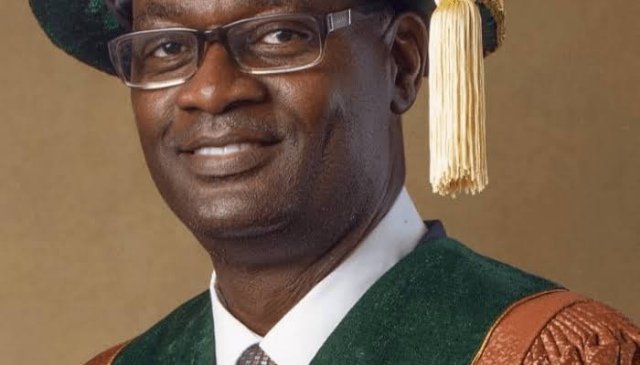 The Appointment of a new First Technical University Tech-U VC emerge. Ajayi will succeed the pioneer Vice-Chancellor of the university, Professor Ayobami Salami.

Professor Ajayi emerged after a rigorous exercise in accordance with the University’s establishment Laws.
The appointment is for a single term of five (5) years and will take effect from 9th May 2022.

He started his career as a Graduate Assistant at Obafemi Awolowo University in 1993 and rose through the ranks to become a Professor in 2010.

Prof. Ajayi has more than 50 scientific publications to his credit.

His research focus has been on improving crop productivity through seed technologies, genetic resources conservation and enhancement, and the impact of climate change on food security.

He is well networked with experts in the agricultural research-for-development fraternity.

Among several programmes that he is currently leading are

(i) institutional strengthening programmes for the mentorship of early career researchers under the UKAid-funded Climate Impacts Research Capacity and Leadership Enhancement for sub-Saharan Africa Programme (CIRCLE);

(ii) exploring the nexus between agriculture and artisanal mining, and

Prof Ajayi has held several management positions in the University system, mostly at Obafemi Awolowo University, Ile-Ife. Until he was appointed as the Director of Academic Planning and Partnerships at the Technical University, he was the Chairman, Faculty of Agriculture Postgraduate Committee /Member, Board of Postgraduate College, OAU (Jan-Jun, 2017).

In 2017 he received the Green Award from the National Association of Agricultural Students (NAAS, OAU Chapter) as the Most-liked Lecturer in the Department of Crop Production and Protection.

He speaks Yoruba, English and German and currently learning French.

Thanks for staying in touch with us.